Honestly, we have had enough. Pushing Linux where others have failed but first; a prelude. If you'd like to skip the angry-man op-ed and just get to the actual tutorial, start here: How to install Ubuntu Mate 18.04 on the HP Envy Note 8.

We've dreamed of using real mobile [Ubuntu] Linux since the very first Ubuntu Edge announcement in 2013. Canonical's follow up to that hugely ambitious attempt was of course the great Ubuntu Touch experiment and we eagerly drank up the convergence juice Mark Shuttleworth served (in person no less!) at SCaLE14x. We sat in the audience like a giddy schoolgirl. Looking back, it was doomed from the first Click, as declared April of 2017. 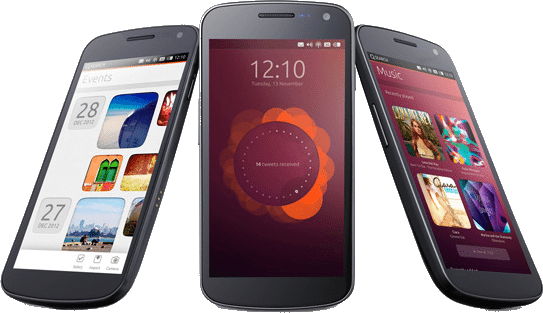 We felt betrayed. It was the first of many "no-Wa-Luigi!" moments. Following Canonical's great prepare-for-the-IPO rout (the layoffs seemed calloused and unprofessional) that feeling grew even more. We began to really understand the frustration so many in the open source community routinely vented at Canonical. If you are new to game, here's one inside account of the UT project.

We did get Snaps out of Clicks: the Snapcraft Store is a huge benefit for Ubuntu newcomers looking to leave the miasma that is Windows/Mac.

We'd like to avoid criticism on the true nature of Snaps as a quasi-proprietary walled-garden marketplace as some have leveled. We can only partially agree and will abstain from that debate here. Canonical does, in the end, make libre software hugely available, easier to access and looks to the "regular user" like Debian won't and GNU refuses.

Then came Marius Gripsgard and UBPorts which has over 200+ members (including some Canonical employees both past and present). Every component of Ubuntu Touch is being reverse engineered or created new but progress is currently stacked against the systemd tide for 18.04 LTS (which is not on UBPorts current roadmap). Their progress is nothing short of miraculous and perhaps someday they will be the definitive standard for a true Ubuntu mobile space (as true as one can be running mutant Android back-ends). We still consider, debate and agonize over the ever-shifting UBPorts core devices. Where are the flagships?

Then came Librem, an idea 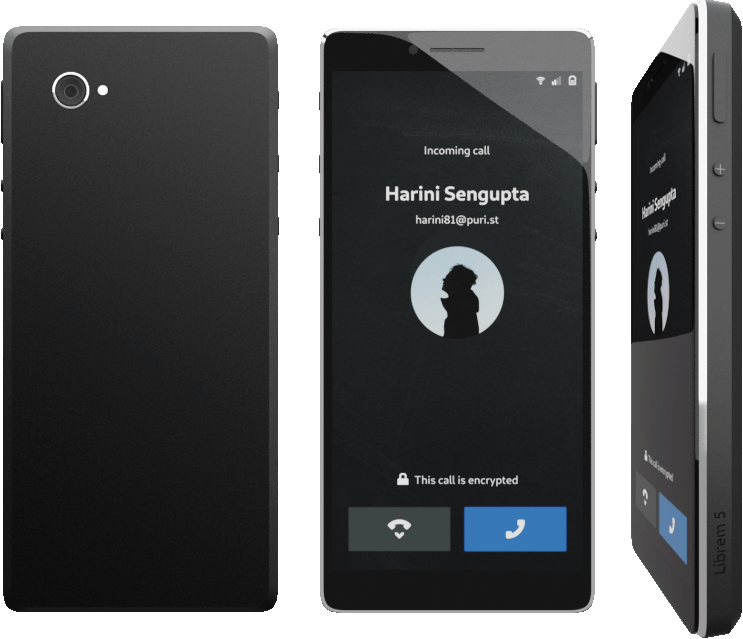 Next to join the foray if course the Librem 5 with its sexy physical kill switches but tiny screen, low resolution and expensive price point. We will remark with genuine enthusiasm on the willingness for collaboration between Librem, KDE, UBPorts and Gnome. Special shout-out to Kyle Rankin (who is the CSO at Librem at the time of this post). I'm a huge fan of maximum privacy and want to see all manufacturers incorporate the privacy features of Librem products.

Of course that would be 100% against most proprietary business models that seek to rape the customer at every possible moment in every possible area (aka MicroSoft/Google/Apple/AT&T/Verizon/Sprint/any other company who supported the anti-free-speech Net Neutrality Title II reclassification under FCC chairman tool, Ajit Pai et al). Remember, even if you pay as a customer, the new normal is that you and your data is the commodity. It's a SaaS world after all, post 2016.

Its the specs, stupid!

Aside from the various frustrations related previously, the biggest hurdle of using real, full Linux on a mobile device is 32-boot support, hardware loss and spec envy.

We've been spoiled by Samsung's flagship devices for years and for those other people, shiny Fruit Co. phones. No other industry demonstrates Moore's Law better with the continual push for denser feature sets: higher dpi screens, bigger and better cameras, more speakers, AR/VR, biometrics(!), folding(?) and whatever is the next big thing.

Linux on the other hand has to catch up with new open-source drivers for all these various things people come to expect at a furious pace. The populace has been brainwashed into thinking if its not new, its garbage.

Telcoms have been too happy to help foster this lie. We just don't really own what we buy or feel so pressured to discard, and purchase anew, we never take chances on open source and - shock - re-purpose "old devices." Planned obsolescence is the new normal and Linux can't keep up, hacking their way into binaries and blobs that were never intended to be discovered or shared.

Android, aka ASOP, is a free-and-open ecosystem. But users of any intelligence are forced to use privacy apps, turn off wireless networking, and mico-manage permissions to feel safe but somehow Google Play Services still absues us with precise GPS location tracking, continual system reporting and ISPs like Verizon, do as much as they can in similar fashion. Big-Brother (the US government and its intelligence allies) are benefiting from industry-wide cooperation.

And that brings us to the real issue at hand; Google [sic Apple, Microsoft, etc] keep tightening their grip (invasion is a better word) on our mobile hardware and have been for years, eroding bits and pieces of what was previously libre software and making it proprietary.

The biggest wall Linux struggles with is the locked boot loaders. No GRUB = no Linux. Traditionally companies like Asus and Dell haven't inhibited Linux in the quasi-mobile space of laptops and convertables except for stupid UEFI bullshit. 32-bit bootloaders make Linux on all those millions of phone and tablet devices a non-starter (not to mention specially tailored Android modified sub devices). End of message. Great, thanks. No choice smiles the big-two and friends.

We'll talk a lot about Android on this site but we never mean the garbage you get from a carrier. Look to the better-than-nothing security modifications of LineageOS and of course LineageOS for microG. There's Alpine Linux somewhere. RattlesnakeOS for the Pixel line is born from the ashes of CopperheadOS (search Reddit) but that is a niche of a niche on a device directly from Google. For us, our journey has been "get-out-G" since the beginning and we feel we are loosing the war.

If you love your current Android device check out our Rooting page for some basic options to regain some of your liberty but take heed; its like sleeping with the devil under your bed.

So close yet so far 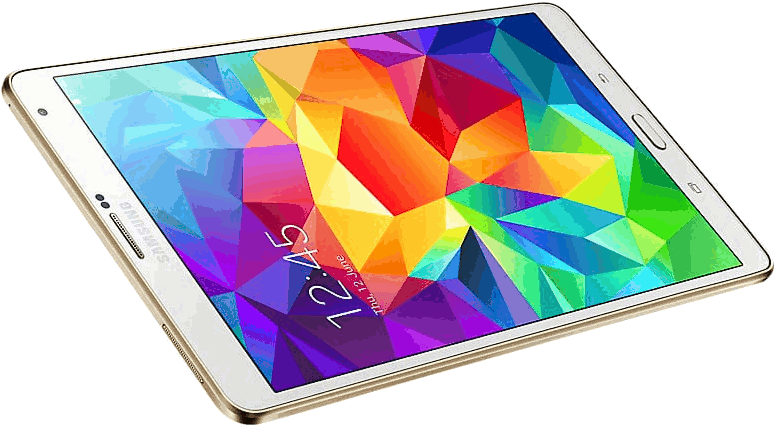 Our daily driver is a beloved international unlocked, rooted Samsung Tab S 8.4 LTE running LineageOS. Oh the specs and form factor! 3GB RAM, huge 2560x1600px touchscreen that still fits in a back pocket (just barely 😲) with a Unicorn-Beetle case, 2 forward facing speakers, physical buttons, 3.5 mm headphone jack, ok-ish 8MB LED flash camera, SD card and LTE SIM card capability. And all the things just work. LineageOS has matured since the CyanogenMod days. They caught up. Like Linux needs to catch up. One day we realized after heavily customizing Apex Launcher we had simply replicated Unity with a Gnome shell. Why all this farce?

We always wished Samsung would have released a 2.0 version of the Tab S in the same form factor but one with a wacom digitizer and pen that would be fully supported out-of-the-box in Linux. In the guts, this is what is really running in all the Notes. Samsung choose a 9.4 inch size for the next generation of tablets, fighting with iPad instead, abandoning the 8" tablet niche. We lost all hope! 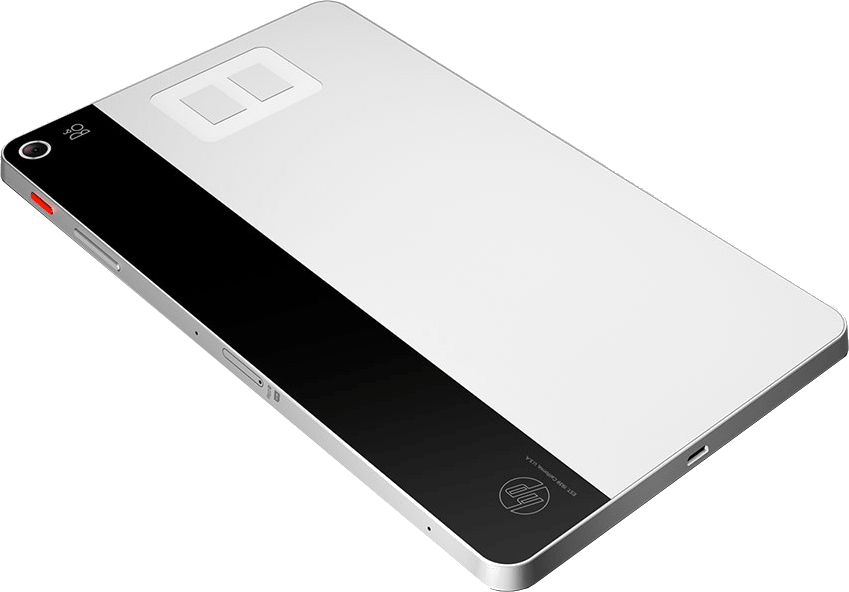 We've elected to regress in time to a tablet with similar but older specifications to minimize spec envy as much as possible. After searching endlessly hundreds of spec sheets and manuals while waiting two years for something better, we pulled the trigger on the extremely rare HP Envy Note 8 (5002 model). Lower RAM, no LED, but most other items are present in the device as our daily Tab S. Operating system of choice? Ubuntu MATE 18.04 LTS of course!

Read the first part in the technical tutorial here.