Zeus be praised! Gaming mortals can ascend to Olympus on Linux with this extremely well-crafted 2D platform action/rpg that would make any Greek hero proud. 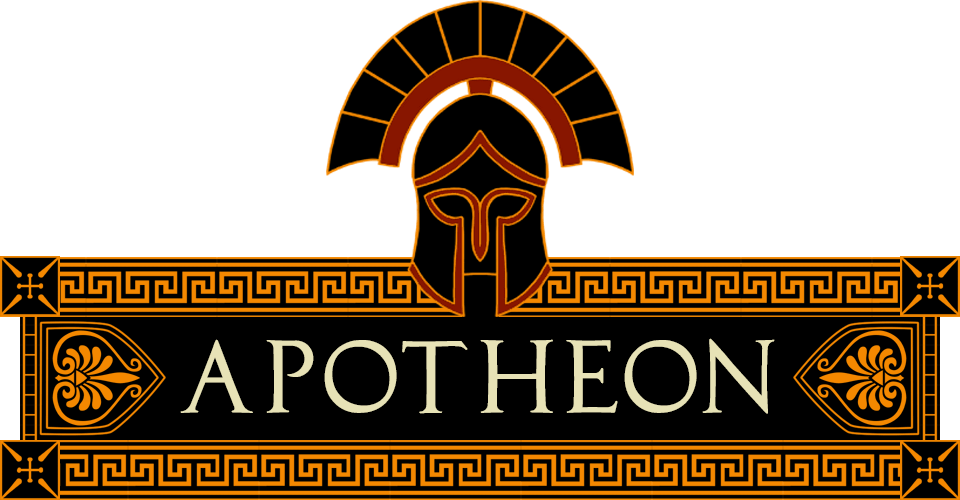 If you have any interest in classical humanities, Greek mythology, history, art or love the Metroid-style game format of consoles past this game is awesome like ambrosia and sweeter than nectar. Game developer Alientrap pulled off a Herculean task worthy of Olympic laurels by bringing black-and-red vase painting to life in an immediate and historically authentic way.

You can see from the image below or the dozens displayed on Steam how the texture of the pottery, colors and line quality of the game art are top notch that you'd come to expect from a AAA title. Indie developers knock it out of the park. We loved playing this game on both a 32 inch wide LED television and on our home entertainment projector (about 72 inches wide) via Ubuntu MATE 16.04.3 LTS (64 bit). 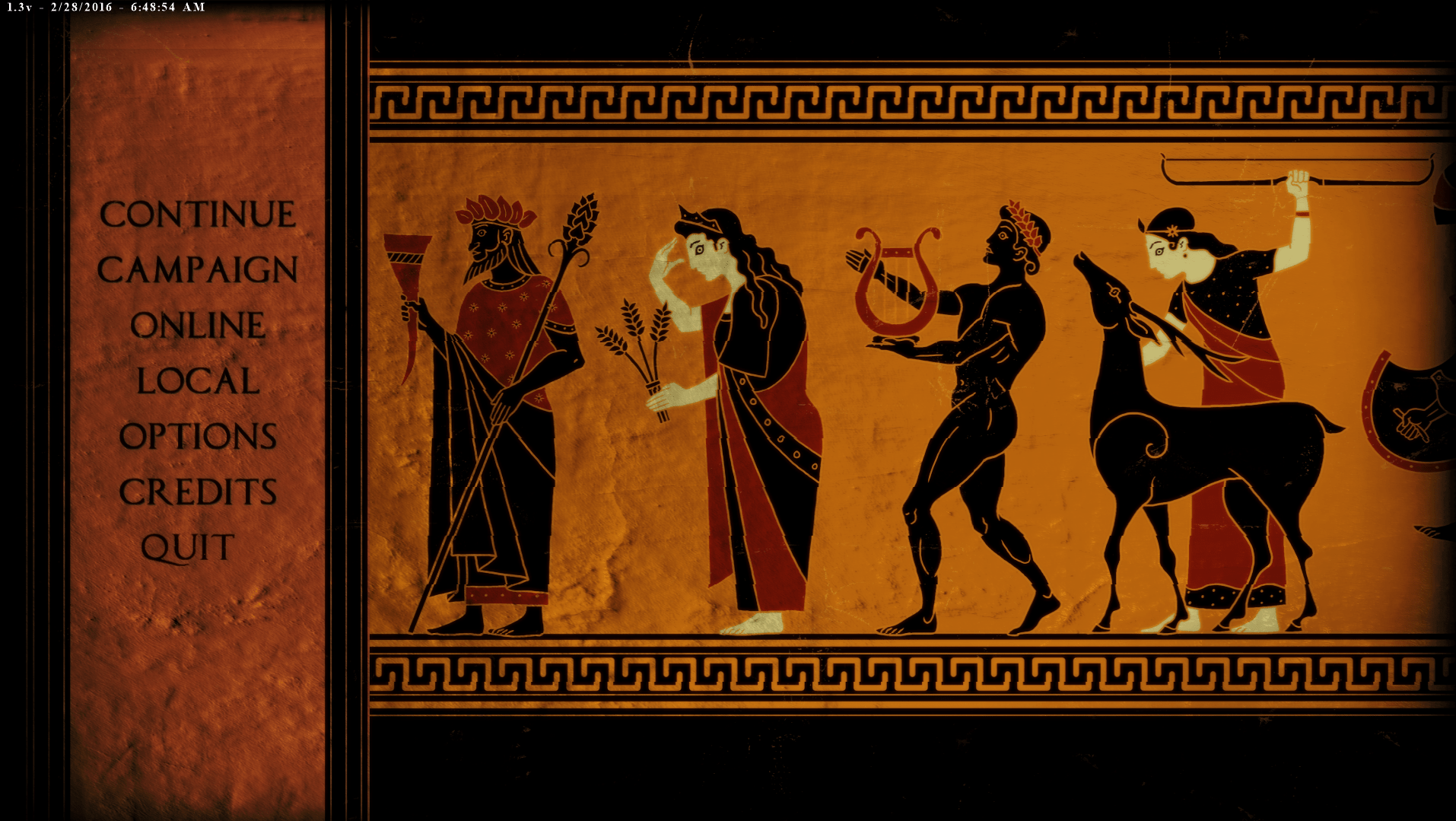 We picked up this game for a whopping total of $3.74 US through Steam, taking advantage of one of their weekend discount offers. At the time of this review, Apotheon is selling for $14.99. To be completely honest after a few hours of gaming our sale price brought us a little guilt (the sort that Hera is always lamenting over). Gamers can vote with their wallets and good developers need to be paid, especially if they are using software that makes Linux compatible games.

Player control is your basic up/down and left/right scroller with defensive and quick roll abilities. The weapon list is varied that includes (mostly historically accurate) melee, semi-ranged, ranged, tools and a few specialty items from the gods or black market vendors.

We appreciated the creative anachronism shown by Alientrap by giving the player Greek Fire (aka grenades) and a few Talos-like machines. There is also a Zelda-like potions list to help with player life and performance bonuses. Gameplay is varied as well with some sneaky elements, light and dark levels along with varied enviromental characteristics like sky platforming, swimming, storms and of course traps. We played on the hardest difficulty level before the Olympian unlock achievement.

The music by Marios Aristopoulos [who holds two Master’s degrees in 1) ethnomusicology and 2) composition] is absolutely divine and is a titan-sized element of this gaming experience. Sample it here.

We spent just over 20 hours playing this game's main story and have a demi-respectable achievement level of 60%. We like side missions and easter eggs but to be honest, finding a way to race through Dionysus’ drinking mini-game didn’t seem that fun and tedious at worst. Drinking is just better in reality. We also got bored looking for one of remaining characters involved with Hermes (after parts of the map were destroyed). One thing not to miss are the signposts (not technically herma which there are many decorating the environment). These interactive texts have primary source material from the ancient writers and really set the mood of the game to inspire the player as they progress.

This game runs great. There were no glitches observed even in tight spots where game colliders were certain to cause the "Bethseda Effect." The animated image below, provided via Alientrap's development Tumblr page, demonstrates how many colliders and physics objects were involved in a single breakable object like this table. Smart players who mimic Odysseus will occasionally trap enemies in tight places. This isn't a critique of AI programing since Greek monsters are not known for their sharp minds.

There are a few minor annoyances in the Apotheon game controls because both the Xbox 360 controller and the PS4 Dualshock are NOT fully supported!

You'll need to use the official [and sadly proprietary] “Microsoft Xbox 360 Wireless Receiver for Windows” dongle along with troublesome software like jstest-gtk, ubuntu-xboxdrv ad nauseam. You can buy the dongle relatively cheaply on Amazon. For the PS4 controller we hoped the direct usb cabling (which Steam completely recognized) was simply not found by the game itself. We have taken some screenshots to help anyone on Linux using this setup for the best gameplay experience that feels natural once you get your Xbox 360 controller up and running: 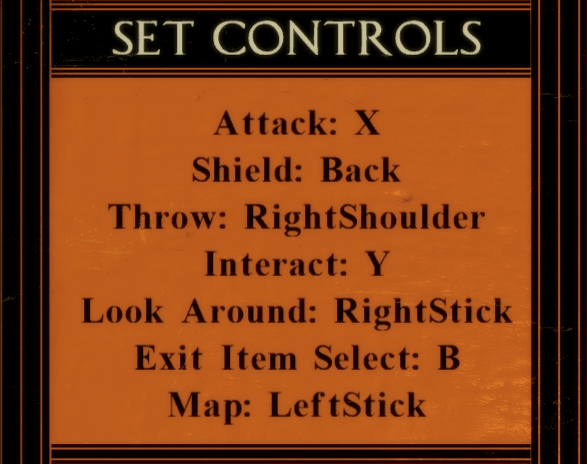 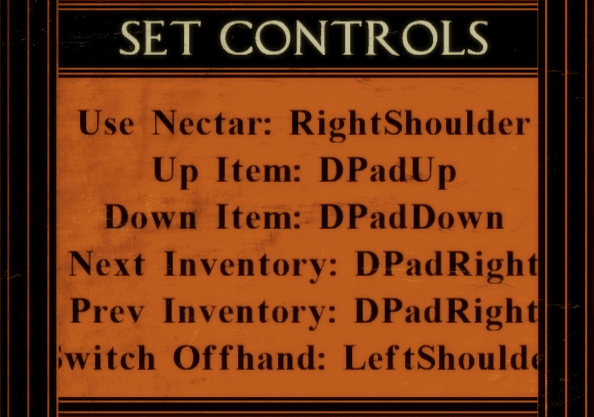 Here are the main issues:

1) Several of the buttons are not recognized at all.
2) The look ahead function doesn’t work well beyond what you can already see on screen.
3) Aiming with projectile weapons is mostly automatic but with several crucial level stops a player must turn off the controller, go back to a keyboard and mouse setup to fire the perfect trick shots. In at least three places in the later half of the game these are actually game killers if you don’t have a mouse or perhaps a fully supported Steam controller(?).
4) The throw-away feature to ditch items or throw javelins isn’t really used.
5) The fast break rate of weapons makes repair useless except for armor and shield repair.

Overall this is a highly enjoyable game that is completely immersible into the ancient Greek world according to its own vase art while Homeric poems and classical literature completely inform the storytelling. Go out and buy this game on Steam for Linux. Be sure to always, always fill out any Steam surveys whenever prompted to show your support for gaming on Linux.

Did you buy Apotheon; what's your take? Post a comment below and remember to always fear the Greeks when they offer gifts (especially in horse forms) but not great indie games like Apotheon.